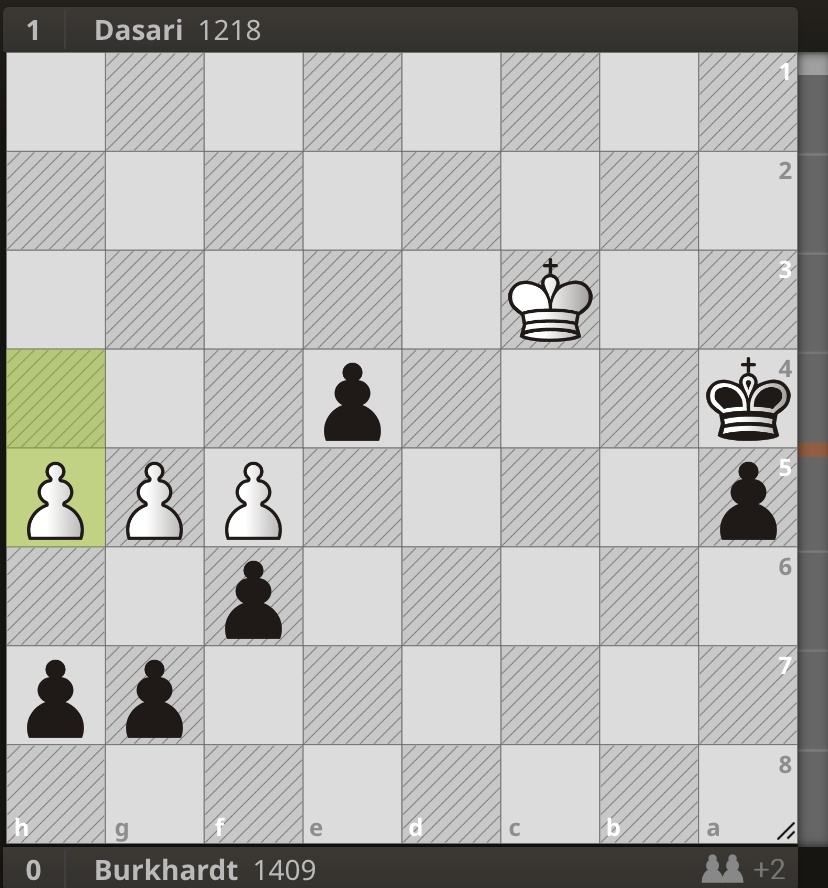 That brings us to the Fall Classic this October. I played in the U1600 section (I paid $15 extra to play one section up), and my brother-in-law played in the U1400 section as his first ever over-the-board tournament! I wrote in my first tournament report, over three years ago, that I had meant to study endgames (read De la Villa’s 100 Endgames You Must Know) but didn’t get around to it. I still haven’t. Though I think my openings are better just from playing games on lichess and looking at the database afterwards.

Many of my tournament losses have been from better positions that I just couldn’t hang on to. My goal in the Fall Classic was to stay focused even when I have a winning position. I’m happy with how I did on that front. I won all the games I was winning, and managed a draw in one of the games I was losing. According to the lichess analysis, I played over 90% accuracy in every game (which means that only 10% of my moves made me more likely to lose).

I scored 3.5 out of 5.0, good enough for 6th place in my section and a rating boost to 1501 (a tournament performance of 1642). I drew the game against the eventual winner of the section; I was losing the whole time, but he let me find a draw in the king-and-pawn endgame. If I had won my last round I would have gotten 2nd place; instead I lost after playing the opening poorly and got no prize. But it was still my best tournament to date!

All set for battle and my unrated opponent (his first USCF tournament, and his first otb tournament in a long time) made a blunder in the opening and I won in about 10 minutes. Afterward he and I played a couple of games out in the hotel lobby; he won the first and I won the second.

White to move and get a decisive advantage in the position below:

My brother-in-law’s first game went on for about 3 hours…​ so I had plenty of time to wander around and do some knitting before lunch and Round 2.

My opponent in this round was the highest rated player in our section and would go on to win. A friend from my local chess group warned me that he liked to play in a very aggressive style; I was definitely on my back foot the entire time and felt lucky to get a draw.

My turn to play against the French. My opponent made a knight sacrifice on move 11 which scared me at first, but I eventually saw what he missed: that I could just block the follow-up check and I’m fine. I not only held on to my material advantage after that, but managed to find a tactic and win another piece, and then his queen. At that point I forgot that I had a bishop and kept missing checkmates. My opponent finally resigned rather than wait any longer for me to figure out how to win.

I have the black pieces and play the French, and my opponent just let’s me control the center giving me a comfortable position. They then blundered a bishop and I took my time to convert for the win.

If I win this I get prize money. If I draw or lose, I get nothing. My opponent is from Russia (I think?) and has no USCF rating. He plays the Pirc defense, and I put my pieces where he can chase them with his pawns and then continue with the initiative for the entire game. I spent a lot of time trying to dig myself out of the resulting bad position, unsuccessfully, and ended up playing a losing endgame on increment.